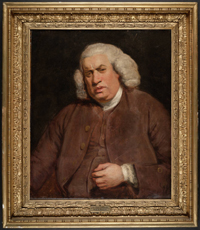 On the multitudes of relationships between entities

In order to express a more specific and nuanced relationship than “family” or “associative,” we are developing a controlled vocabulary to use in the @xlink:arcrole within cpfRelation. The first step in creating this vocabulary is to determine what kind of relationships we need to express, so we analyzed the myriad of connections between entities, noting whether they were uni-directional or bi-directional and listing all of the ways in which they are connected. For instance, King George III was a friend to Joseph Banks, but he was also Banks’ patron, and Banks also advised King George III on matters of science and agriculture.

A limitation we have run up against is that @xlink:arcrole can only occur 0 or 1 times within cpfRelation, At first we decided to choose a primary relationship that best represents their connection. We also discussed the possibility of hacking the code through using “localType” or other repeatable options to insert the other relationships. Initially, we thought repeating cpfRelation 3-4 times between the two same people would be confusing, congesting, and inelegant. We decided in the end that since we have all of the information, we should express it within the guidelines of the code, and it can be evaluated in that incarnation. Therefore, we will repeat the cpfRelation element as many times as necessary to express all possible relationships between two entities.

On defining relationships between entities

A thought voiced in the first stage of this project was whether or not it was appropriate to define antagonistic relationships. For example, Giuseppe Marc’Antonio Baretti was the tutor of Hester Lynch Piozzi’s daughter. So on one hand, Mrs. Piozzi was his employer. However, they also were engaged in the same social circle  - acquainted - but theirs was always a strained, unpleasant relationship, so it is perhaps incorrect to simply define them as friends or acquaintances.

This incidence points to a larger issue of whether or not to define a relationship in phases (e.g. between 1796-1804, they were co-workers and from 1803-1810, they were professional enemies) or to choose  a relationship that defined the bulk of a connection (e.g. they were friend for the majority of their life, but went through a phase of antagonism at the end), or even to choose the most prominent – if not longest – relationship (e.g. their longtime friendship was interrupted by a trial in which they sued one another).

Another challenge is defining the relationship that other entities besides Samuel Johnson had with Johnson’s cat, Hodge. Hodge has a record, and it seems simple enough to say Johnson is his owner. But what of others that lived in the house? Should anyone besides Johnson be linked to Hodge? Frank Barber and Elizabeth Desmoulins were among those who also shared quarters with Hodge, so there is consideration of whether or not they should be described as housemates, friends, &c.

In that vein, while writing the definitions of our finalized vocabulary terms, we used “entity” instead of “person.” This kept our definitions from being too limited, broadening agency beyond the actions of human individuals.

In terms of uni-directionality and bi-directionality, there was a lot of discussion on how entities impact each others’ lives. While at first we had creators and their collectors (e.g. Samuel Johnson and Mary Hyde) bi-directionally connected, we decided that Mary Hyde would point to Johnson, but Johnson would not point to Mary Hyde. As Johnson made a great impact on Hyde’s life – she collected him and focused her research and interests on his life and circle – Hyde had no impact on Johnson while he existed. Consequently, we chose not to create inverse vocabulary terms for those relationships.

On developing the local, controlled vocabulary

At this moment in time, there are a few controlled vocabularies that express entity relationships in general (some listed on our “Links” page). What there seems to be a dearth of right now are any vocabularies which express literary or theatrical relationships between entities: writing, publishing, producing, artistically influencing, &c. This feels like an area that will potentially see growth as EAC-CPF flourishes because of the multitudes of manuscript collections. It is hoped that the vocabulary developed for this project can lay some of that foundation.

Using the AgReLon and RELATIONSHIP vocabularies as examples, we constructed our own. As we tightened our local vocabulary and moved towards a final product, many nuanced considerations emerged. One example is that when the records were initially coded and the cpfRelations determined, some connections were made between people and corporate bodies which were characterized as connections between people and geographical sites. For instance, the Drury Lane Theater’s record points to King George III because the physical theater is the site of an attempted assassination of the King. However, the Drury Lane Theater record represents the corporate body rather than the physical location, so we decided to eschew with that connection altogether.

We fluctuated between being specific or broad about connections as well. Many individual entities point to Sir Joshua Reynolds because they were painted by him. Similarly, several entities were written about by other entities, such as Boswell writing about Johnson or Johnson writing about Savage. We leaned towards characterizing these relationships using something like “paintedBy” or “writtenAboutBy,” then thought broader terms like “subjectOf” could be less subjective and more widely applicable. For the final product, we chose a little more specificity, distinguishing between artistic representation and literary representation.

The AgReLon and RELATIONSHIP vocabularies proposed different constructions, and we leaned towards using the “childOf/parentOf” construction – as opposed to the “hasParent/hasChild” one – because it seemed like a more direct, active sentence construction when seen as a triple. For example, Samuel Johnson is the spouse of Elizabeth Johnson. Because of best practices, we also chose to use present tenses instead of past tenses. And for terms like “influencedBy,” there is the implied present-tense infinitive “to be” - as in “Edward Burney is influenced by Sir Joshua Reynolds.”

With those two facets of the vocabulary prioritized, we then had to negotiate outliers that posed clarity issues. For “mentorOf,” there was no clear inverse word such as in inherent in a pair like “employeeOf/employerOf.” The same was true of “printerFor,” where using “printedBy” as the inverse seemed confusing as well as past tense. In these cases, we chose clarity over consistency in construction and ended up using “mentorOf/hasMentor” and “printerFor/hasPrinter.”

The resourceRelation vocabulary was more straightforward than the cpfRelation one. There was discussion over whether to create vocabulary terms that characterized the extent of prominence an entity had in a collection. Some of our resource relationships exist because the entity may have signed one document in a collection or perhaps received a letter from someone else’s collection. In the end, we did not characterize extent of importance, but we did try to convey the nature of connection by distinguishing between whether they were simply mentioned in a collection or actually generated materials in the collection, &c.